Holidays are finally here! This summer our family did the long waited road trip to Southern Europe and the Alps. Specially Munich area in Germany and Northern Switzerland.

Would it be possible to do it electric? And if not, why?

Plan one: The Tesla Model S

The idea at the beginning was to use the very famous Tesla Model S and Supercharger network available in Europe for this trip. I had the Model S for couple of days in Finland (posts in Finnish here, here and here).

Tesla has some important features:

It pretty soon became clear that Model S is simply non existent in European car rental companies. There just isn’t an option for any electric car. There has been some indications for Tesla to join forces with Sixt (the car rental company) in Germany, but even they didn’t have the Model S in their categories.

The one and only company I found, who rented the Tesla, had just one vehicle which was circulated between couple of big cities of Germany. It wasn’t available for more than 2-3 days. And more important: it wasn’t in Munich when our trip begins.

But I didn’t want to give up without a fight. I do have this blog, where I write quite a lot in Finnish about electric cars and electric mobility in general. So how about getting the car directly from Tesla? They do have a service center in Munich, so I after couple of phone calls I ended up to talk with press presentative. To my surprise they didn’t just laugh me out of the phone, but really tried to make it with Tesla’s own car.

But five days is a too long time for test drive.

Plan two: Any other electric car

So how about other vendors than Tesla? Long road trips with, say Nissan Leaf, are possible though not as convenient. Going to Munich, the obvious choice is BMW and their i3 model. But I already knew there simply isn’t any electric vehicles available via normal renting. Direct messages to BMW Welt Munich gave sad answers: No, we don’t rent the i3.

To my surprise the German site of Sixt gave special offer. The BMW i3 is available from city center Munich! The very same site in English didn’t give the i3 as an option. 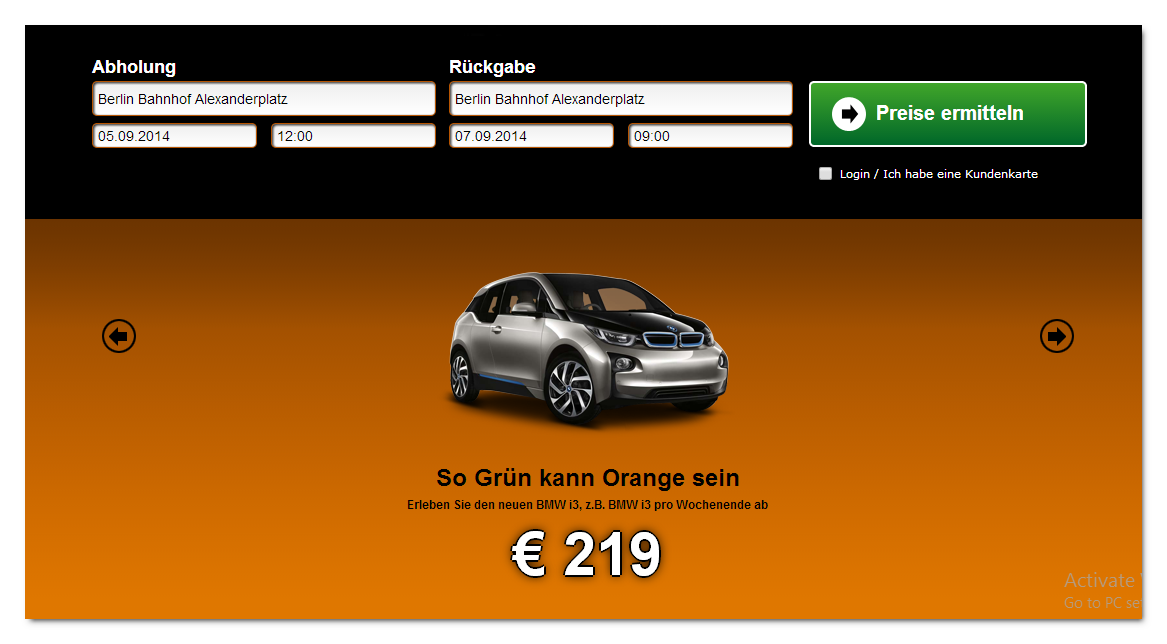 BMW I3 Range Extender (REx) is a small gasoline engine, which kicks in when battery is low. It gives about 28 kW of power and extends the range to somewhere around 300 km. Considering our planned road trip, it would be vital as the trip from Munich to Schaffhausen (CH) is about 320 km. The BMW i3 REx would bring us to somewhere around Friedrichshafen, Bodensee, Germany where we would have semi fast Type 2 charger for 2-3 hours when eating, visiting the Zeppelin museum and normal refueling and then enough juice continue to Switzerland.

At Swiss side there’s enough fast CCS-chargers available on our planned route. So the availability of chargers isn’t an issue. And we’d always have gasoline engine as backup. But messaging with Sixt revealed a sad fact: There’s no Range Extender in those vehicles .

When traveling with small kids it’s always good to be prepared for some unplanned issues to appear. To us it was quite clear that first day driving of 320 km all electric right after flight would simply be too risky. There wouldn’t be any tolerances for surprises.

At this point I decided I’ve tried everything. We had to take the old fashioned fossil burner. The car was German upper middle class diesel engine car. It did the job just fine, but still I’m curious to go to Switzerland all electric later.

My next post will be about planning the road trip. Because when going all electric to foreign country you really need to plan, plan and plan even more.